Register for this event

By 2030, Gen-Xers will be eligible for Social Security, and more than half of iGen (aka Generation Z) will be in the workforce. New cars will be electric and will drive themselves. Moore’s Law will have come to an end although progress in software, 6G connectivity, and machine learning will make it look like we’re still doubling computing performance. The first diseases will have fallen to CRISPR and other gene therapies, albeit with disturbing reports of unintended consequences. Companion robots will care for the elderly and infirmed, a rare silver lining to the way digital technologies have captured our rarest commodities—time and attention—to the point of addiction. The past two year’s worth of [next] agendas have included talks on these topics, as well as crypto-currencies, mass customization, the economics of climate change, hypermodern farming, and the future of economic mobility. 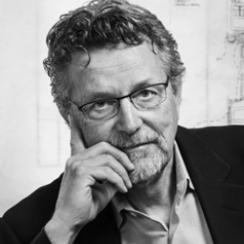 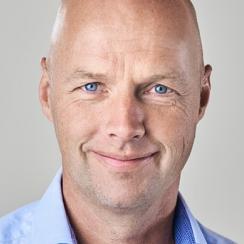 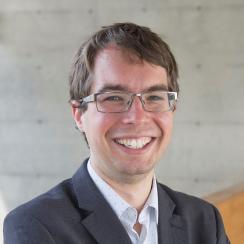 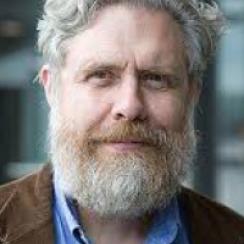 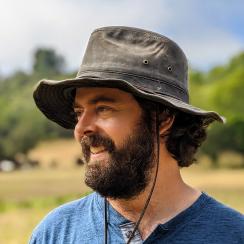 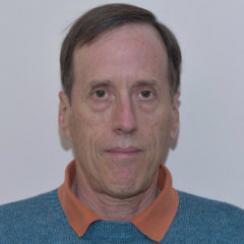 Peter Calthorpe’s 30-year urban design practice has helped solidify a global trend towards Sustainable Cities and New Urbanism. Metropolis Magazine claims: “The titles of Peter Calthorpe’s books trace the recent history of urban design in its most vital and prescient manifestations, starting in 1986 with Sustainable Communities followed by The Regional City: Planning for the End of Sprawl , and most recently Urbanism in the Age of Climate Change.” In the early 90’s he developed the concept of Transit Oriented Development described in his book The Next American Metropolis: Ecology, Community and the American Dream – an idea that is now the foundation of many regional policies and city plans around the world. Peter has received many honors and awards, including appointment to the President’s Council for Sustainable Development and the UN High Commission on the New Urban Agenda. Peter is one of the founders of the Congress for the New Urbanism and a winner of the Urban Land Institute’s J.C. Nichols Prize for Visionaries in Urban Development. During the Clinton presidency, Peter provided direction for HUD’s Empowerment Zones and Consolidated Planning Programs and helped to rebuild some of the country’s worst public housing. His work in Europe, Asia and the Middle East has demonstrated that community design with a focus on environmental sustainability and human scale can be adapted throughout the globe. His current work throughout China is focused on developing standards and examples of Low Carbon Cities in Beijing, Chongqing, Kunming, Zhuhai, Jinan, and other major cities. This experience led to the publication of Emerald Cities; Planning for Smart and Green China and the adoption by the Chinese State Council of its design principles. His work with the State of California has led to the development of a state-of-the-art software, UrbanFootprint, used to measure the social, environmental and economic impacts of differing development patterns in advancing low carbon futures. He is currently developing a book for the World Bank called Ending Global Sprawl. Calthorpe joined the international multi-disciplinary design and engineering firm HDR in 2019.

Dr. Boukhman Trounce graduated from the University of California San Francisco (UCSF) School of Medicine and went on to complete her emergency medicine residency and fellowship in Disaster Medicine and Bioterrorism Response at Harvard Medical School. She worked with the Center for Integration of Medicine and Technology (CIMT), a consortium of Harvard teaching hospitals and MIT, where she led BioSecurity related projects in conjunction with the US State Department. She also received her MBA from Stanford Business School. After Harvard she joined UCSF as an Assistant Professor of Emergency Medicine and was Medical Director for Disaster Response. For the past 11 years, she has been at Stanford Medical School, where she is a Clinical Professor of Emergency Medicine. She directs the BioSecurity program at Stanford, focused on protecting society from pandemics and other threats posed by infectious organisms, with a specific emphasis on approaches to interrupting transmission of infectious organisms in various settings. The background for the approach is outlined in her briefings at the Hoover Institute (see in publications list below). Stanford BioSecurity facilitates the creation of interdisciplinary solutions by bringing together experts in biology, medicine, public health, disaster management, policy, engineering, technology, and business. https://med.stanford.edu/biosecurity/about.html At Stanford, over the past ten years she has established and directed a class on BioSecurity and Pandemic Resilience , which examines ways of building global societal resilience to pandemics and other biothreats and has educated over a thousand students. She has also taught an online Harvard course on medical response to biological terrorism, educating thousands of physicians globally. She has served as a spokeswoman for the American College of Emergency Physicians (ACEP) and is a founding Chair of BioSecurity at ACEP. In addition to her academic research and speaking at national conferences, she also consults nationally and internationally to healthcare systems, governments, and other organizations.

Dr. Gill Pratt is Chief Scientist and Executive Fellow for Research of Toyota Motor Corporation (TMC), Chief Executive Officer of Toyota Research Institute (TRI), and Executive Advisor of Toyota Central R&D Labs., Inc. (TCRDL). Prior to joining TRI as its founding CEO in January 2016, Dr. Pratt served as an Executive Technical Advisor to Toyota Motor Corporation. As TMC Chief Scientist and Executive Fellow for Research, and as Executive Advisor at TCRDL, Dr. Pratt applies his expertise and experience to guide research strategy for TMC and the Toyota Group. At TRI, Dr. Pratt directs research to create new capabilities for Toyota in Active Safety, Automated Driving, Robotics, and other Human Amplification technologies. Dr. Pratt previously led the Robotics Challenge, Robotics Research, and Neuromorphic Computing research programs for the U.S. Defense Advanced Research Projects Agency (DARPA), where he served as a program manager in the Defense Sciences and Tactical Technology Offices from January 2010 through August 2015. Dr. Pratt was an Associate Professor of Electrical Engineering and Computer Science, and Director of the Leg Lab at the Massachusetts Institute of Technology (MIT). Subsequently, he was a founding Professor of Electrical and Computer Engineering and Associate Dean of Faculty Affairs and Research at Franklin W. Olin College of Engineering. Dr. Pratt’s academic research focused on robotics and intelligent systems. Specific areas of interest included interfaces that significantly enhance human/machine collaboration, mechanisms and control methods for enhanced mobility and manipulation, low impedance actuators, the application of neuroscience techniques to robot perception and control, and the impact of Robotics and AI on society. Dr. Pratt holds several patents in series elastic actuation and adaptive control. Dr. Pratt earned Doctor of Philosophy (1990), Master of Science (1987), and Bachelor of Science (1983) degrees in Electrical Engineering and Computer Science from MIT. His Ph.D. thesis was in the field of spiking computation in natural and artificial neural systems. Dr. Pratt also worked for the Physics and Computer Science Research Departments of Bell Telephone Laboratories in Murray Hill, New Jersey.

Prof. Sebastian Thrun is an inventor, entrepreneur, and educator. He is presently the CEO of the Kitty Hawk Corporation, which is developing electric "flying cars." Thrun also founded Udacity, the world's leading online educational institution in the technology space. A former Stanford AI professor, Thrun founded Google's moonshot factory Google X. In it, he oversaw the development of the Google self-driving car, Google Glass, Google Brain, Google Wing, and a number of other innovative initiatives. Thrun also co-founded Cresta, a company that leverages Artificial Intelligence to turn everyday people into experts. Thrun was elected in the National Academy of Engineering at Age 39, he won the coveted Max Planck Research Award, and was recently honored with three honorary doctorates. In his business life, he has been named Global Thinker #4 by Foreign Policy, fifth most creative person in business by Smart Company, and one of 25 icons who are most responsible for the world today, by Wired Magazine. In his academic life, he published over 350 scientific papers, 11 books, and holds 61 patents.

Mr. Anthony “Tony” Fadell is an active investor and entrepreneur with a 30+ year history of founding companies and designing products that profoundly improve people’s lives. As the Principal at Future Shape, a global investment and advisory firm coaching engineers and scientists working on foundational deep technology, he is continuing to help bring technology out of the lab and into our lives. Currently, Future Shape is coaching 250+ startups innovating game-changing technologies. He founded Nest Labs, Inc. in 2010 and served as its Chief Executive Officer until his resignation in 2016. He joined Apple Computer Inc. in 2001 and, as the SVP of Apple’s iPod division, led the team that created the first 18 generations of the iPod and the first three generations of the iPhone. Mr. Fadell founded the Mobile Computing Group at Philips Electronics and served as its Chief Technology Officer and Director of Engineering 1995 to 1998, responsible for all aspects of business and product development, including the award-winning Philips Velo & Nino PDAs. From 1998 to 1999, he served as Vice President for Philips Strategy & Venture focused on building out its digital media strategy & investment portfolio. From 1992 to 1995, he served as a Hardware and Software Architect at General Magic, which created the precursor to the iPhone 15 years earlier. Tony has filed more than 300 patents for his work. In May 2016, TIME named the Nest Learning Thermostat, the iPod and the iPhone three of the “50 Most Influential Gadgets of All Time.” Mr. Fadell graduated with a BS degree in Computer Engineering from the University of Michigan in 1991.

Director of the Center for Environmental Health Engineering

An accomplished technologist, entrepreneur and investor, Julie Hanna works with purpose-driven companies that are solving some of humanity’s most pressing challenges. She currently serves as senior advisor to X (formerly Google X), Alphabet’s Moonshot Factory and is venture partner at Obvious Ventures. She has been an early investor in numerous technology companies, including Lyft, Lending Club and Bonobos (acquired by Walmart). Since 2009, she has served as Executive Chairwoman at Kiva, crowdfunding pioneer and the world’s largest lending marketplace for small business and micro-entrepreneurs. Hanna has been founder, CEO or founding executive of five Silicon Valley, venture-backed companies, resulting in two IPO’s and two successful acquisitions, giving her a deep understanding of consumer internet and B2B companies from startup to scale-up. She has been instrumental in pioneering many groundbreaking technologies and products that are internet mainstays today and that have enabled hundreds of millions of people to connect, communicate and collaborate on a mass global scale. Among them, Healtheon (now WebMD), the world's largest healthcare portal, VoIP pioneer onebox.com ($850M acquisition by phone.com), open source trailblazer, Scalix and Portola (acquired by Netscape). In 2015, President Obama appointed her Presidential Ambassador for Global Entrepreneurship to help develop the next generation of entrepreneurs in the U.S. and abroad. In recognition of her vision and global impact on economic and social progress, Hanna was named the United States Woman Icon of APEC and is a recipient of the 2016 Global Empowerment Award.

COVID-19 pandemic in perspective and the Future of BioSecurity

Future of Mobility: A Fireside Chat with Tony Fadell and John Markoff

Reinventing the Strip; Housing and the Next Generation of Transit

SESSION 2: The Future According to...

The Future of Metamaterials in Construction on Earth & Beyond

From Volcanoes to Bicycles: Frugal Science and Inventing in Crisis Mode

Keeping the Voice Web Open with an Open-Source Virtual Assistant

What It Will Take for Robots to Become Part of our Everyday Lives?

What Waste Water Can Tell Us

Strategies and Tactics for Cyber Defense